A Taste of Hamburg

In the port city of Hamburg you can find restaurants from virtually all world regions, allowing you to try anything from Ethiopian Injera to Zurich-style veal stew. But what is the “real Hamburg taste”? Think plenty of fish, fresh fruit and veg from the Altes Land region, as well as cinnamon and pepper – the spices that made Hamburg rich.

Fillet of plaice, for instance, is soaked in salt water before it is baked. Thomas Sampl, former chef of Restaurant Vlet and specialist of the regional kitchen, believes that plaice is particularly suited for marinating. Once it has been soaked, the fillet is dipped in rusk bread crumbs; this is how it was done in Hamburg in the old days. The fish is briefly seared in rendered pork belly and is then poached in the oven. This dish, which is referred to traditionally as Finkenwerder Scholle, is then served with green bean salad and a bacon dip as well as hay potatoes and crustacean foam. It is wonderfully glazed, with a distinct iodine flavour and the rich meaty aroma of traditional bacon. With a satisfied grin, Thomas Sampl concludes: “This is my idea of the perfect plaice”.

This is Thomas Sampl’s version of this classic northern German dish, which owes its name to Finkenwerder, one of Hamburg’s quarters south of the Elbe River. In its more traditionalist form, it is fried in rendered salt meat and served with lots of bacon and fat, as well as fried potatoes and shrimps. It is not certain if the recipe really has its roots in Finkenwerder though.

Tales of the Hamburger

Hamburg is world-famous for one dish in particular: the burger, which is the short form for “hamburger”. After all, two out of six myths of origin for this patty bun lead back to Hamburg. One of these stories goes as follows: in the early 20th century, there was a popular snack in Hamburg known as Rundstück warm – a type of round wheat bun that was very popular among Hamburg’s bakers. This would be filled with a piece of roast meat and some gravy. On board the emigrant ships, the Rundstück bun travelled from the port of Hamburg all the way to the New World, where a ground meat patty was substituted for the roast meat. In a second version of the story, a wheat bun with a ground meat patty and egg yolk would have been prepared as provisions for the journey from Hamburg-Veddel to New York. Today, burgers and meatball buns are to be found everywhere, while the Rundstück warm is almost extinct. All those who would like to try it should pay a visit to the Oberhafenkantine on Stockmeyerstrasse, a former canteen for dockers. The chances are that you will become a regular.

So if the hamburger isn’t really typical Hamburg fare – what is typical then? Aalsuppe, for instance. Note though that the original recipe for this “eel soup” doesn’t contain any eel: in this case, Aal is simply the Low German word for “everything”. Aalsuppe was invented after the war, when food was scarce. Hence in cooking one would use anything that was available at reasonable prices: dried fruit, wild herbs, ham bone and root vegetables. This was enriched with dumplings (Kluten) to make the soup more filling. All those who would like to try this soup should make their way to the Alt Hamburger Aalspeicher. This traditional soup is now labelled as “sour soup” by the Aalspeicher, as today Aalsuppe does in fact widely contain eel. Marcus Boese, the Aalspeicher’s head waiter, explains: “In the end, frequent complaints from guests who couldn’t find any eel in their soup made us give in. So now there is only Aalsuppe with eel and sour soup without eel.”

At the Fischereihafen Restaurant, Labskaus is also available in half portion, as the dish is not exactly everybody’s favourite. However, this is more to do with looks (dark pink) and texture (mushy) rather than with taste. It goes back to an old seamen’s dish from Liverpool (lobscouse), which catered for sailors suffering from vitamin deficiency, scurvy and subsequent tooth loss, which is why they preferred their food on the soft side. Ships would thus stock vitamin-rich beetroot, mash it with potatoes and salted meat and add some pickled gherkin. On a good day, the dish would be supplemented with a soused herring and a fried egg. This is what Labskaus is all about, and it tastes salty, nicely earthy, highly nutritious and simply delicious.

The Restaurant Vlet offers what could be described as Labskaus 2.0: beef stock with beetroot, which is in fact more reminiscent of Russian borscht. This puzzle of flavours, however, is part of the restaurant concept to take traditional Hamburg food to a new era. Vlet has chosen to confine itself to typical Hamburg produce: more fish than meats, lots of fresh vegetables, roots, and beets. In terms of carbohydrates the chef prefers grains to potatoes, which often come with sweet and sour flavours.

Traditional cuisine always draws on regional produce. Even today, Hamburg comprises more than 500 hectares of vegetable-growing areas, where almost one hundred companies produce approx. 10,000 tonnes during harvest per year. Hamburg’s surrounding regions are better suited to grains than to potatoes, and the Altes Land region comprises vast fruit-growing areas. In the old days, veg would be pickled and fruit would be dried for the winter to come – and of course fish.

The renaissance of regional ingredients and old varieties of produce is a culinary meta-trend in many quality-conscious restaurants – among them the Witwenball, the Lokal 1, the Deck 7, the Kleine Brunnenstr. 1 and the Nil. And this is also the reason why many of those restaurants that do not expressly commit themselves to Hamburg cuisine still feature classic regional dishes such as Pannfisch (pan-fried fish pieces and potatoes served with a strong mustard sauce), Birnen, Bohnen und Speck (a mouth-watering stew made of fleshy cooking pears, crisp green beans and hearty bacon) or homemade Rote Grütze, a desert made with red wine and fresh berries. So this is the taste of Hamburg. 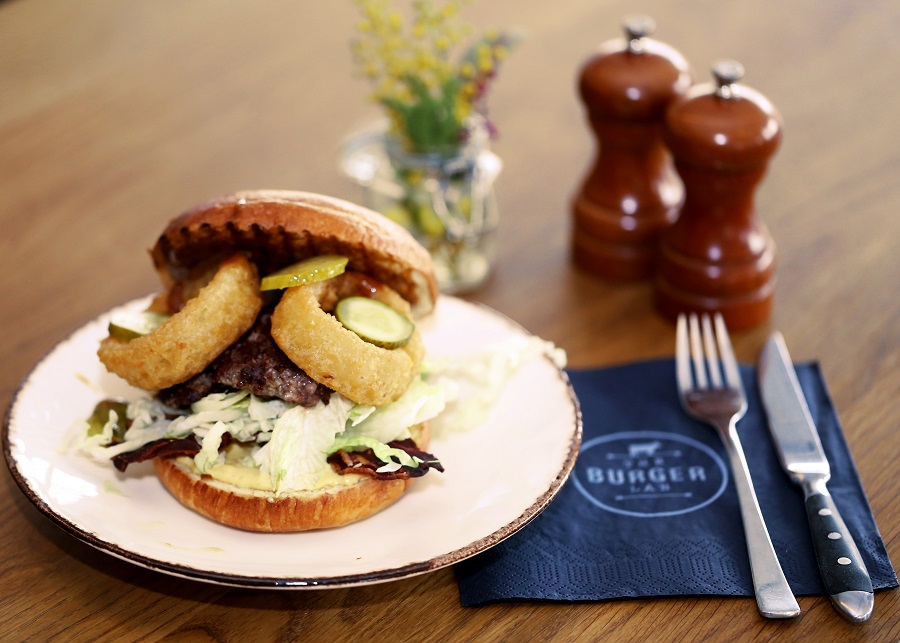