The Old and New Hanse League

A hurly-burly atmosphere reminiscent of a medieval market. Dressed in historic attire and with berets on their heads, traders are solemnly making their way through the crowd. Market vendors and maidens in long dresses and aprons. Hundreds of thousands of visitors who travel back into the Middle Ages for a few hours. And all this against the backdrop of historic warehouse buildings and Hanseatic cogs – welcome to the “Hanseatic Days”, an annual event that is held in a different city each year and continues to attract up to one million visitors. For the organising city, this event is a major economic factor. In 2014, the host city of Lübeck recorded revenues of approximately 15 million euro resulting from this event. The Hanseatic Days are organised by the “New Hansa”, an alliance of cities that was founded by the Dutch Hanseatic city of Zwolle in 1980 and now includes more than 100 cities.

And yet the modern Hanseatic Days are more than just a popular festival: the event is also a forum for its member cities to discuss current issues in urban development and other economic, social and political topics. The Hanseatic League is an ideal icon for this peaceful exchange across national borders. When in the 13th century overseas traders from Northern Germany, the Netherlands and the Baltic States joined forces and founded a trade alliance, the aim was to mutually ensure safety and protection along the merchants’ trade routes. The cities of the Hanseatic League held joint trading bases in London (the Steelyard), Bergen and Novgorod. It was not until long before the successful merchants’ confederation was extended to an alliance of cities, as the trading cities involved deemed it necessary to protect themselves against highwaymen and pirates. Back then, the Hanseatic Days were a major event during which far-reaching political decisions and even wars were decided on. With the discovery of the New World in the late 16th century, the relevance of the Hanseatic League started to dwindle, until it was finally dissolved in 1651. At that stage, the Hansa was turning into history and a fading memory. Only few of the former Hanseatic cities have retained their awareness of having once been a Hanseatic city.

From market to forum

Hamburg was among those few Hanseatic cities that extended their success story even after the decline of the Hanseatic League and continued to play a major part in the new world trade. And even though Hamburg, unlike some of Germany’s Baltic Sea cities, is lacking architecture reminiscent of that era, the tradition of the Hanseatic League is still honoured today. However, it is filled with new meaning: when the Hamburg Senate invites guest from business, culture and politics to the town hall for the “Matthiae meal”, a tradition that can be dated back to the year 1356, the dinner also serves as an occasion for informal political talks. And in 2005, the Hamburg Chamber of Commerce took up an old Hanseatic tradition by reintroducing the “Morgensprache” gathering, during which top representatives of Hamburg's economy discuss current issues and challenges with invited guests – dressed in red robes and black berets, and with the old insignia of the merchant guild in hand.

The concept of the Hansa builds bridges and connects cities and regions by providing them with new forums. It is well worthwhile to engage oneself with the Hanseatic League, as it is still relevant today, says Dr Lisa Kosok, director of the new European Hanseatic Museum in Lübeck: “The museum showcases the development of the Hanseatic League and its impact, which can still be felt today. It raises and discusses questions concerning myths and truths relating to Hanseatic history, and these questions are also relevant for contemporary Europe’s society and economy. Visitors can look forward to a museum that is setting new standards in many respects.”

From Hanseatic League to Council of the Baltic Sea States

After Germany’s reunification and the collapse of the Soviet Union, Schleswig-Holstein’s former prime minister Björn Engholm started campaigning for a new structure for the old Hanseatic cities of the Baltic States, which for decades had had little contact with each other. The Hansa was supposed to be the blueprint for this new structure. Back then, there was no shortage of problems in need of solving, among them environmental, economic and political issues. Mr Engholm’s suggestion to conceive the Baltic Sea region as a cohesive community and economic area based on the model of the Hansa attracted a great deal of interest. Ever since then, numerous networks have been created in the Baltic Sea region: science and research cooperation projects have been launched, chambers of commerce are exchanging their ideas, and common environmental issues are being discussed, and much more. The Council of the Baltic Sea States (CBSS) is one of the region’s most important forums. It was established in Copenhagen in 1992 and is headquartered in Stockholm. Again, this forum was born out of the idea of supplying the Baltic Sea region with a unified voice – just like in the days of the old Hanseatic League.

More about the history of Hamburg

Worth to visit...
Hamburg chronicle 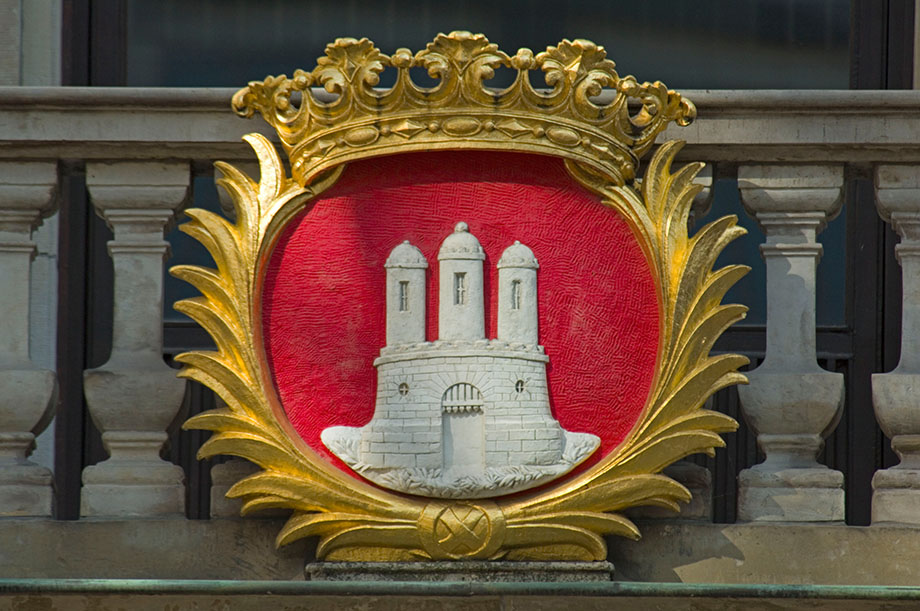