Hamburg is a city of contrast and seeming opposites, and this is particularly true when it comes to wining and dining. Today, Hamburg boasts more Michelin-star restaurants than ever – and at the same time the city is increasingly turning into a hotspot for a young, creative food and beverage scene, with original concepts that are definitely worthwhile trying.

The regional and sustainable food trend

Hamburg’s culinary avant-garde is known for their love of regional organic food. The fare on offer is sustainably produced and prepared with love – in other words: fast food with slow-food quality. Passion with a dash of idealism – these are the main ingredients used by Hamburg’s catering trade, which also includes a broad range of homemade food and beverages made from regional, seasonal and organic produce. Markets in Hamburg

Meanwhile streetfood markets pop up all over the city as well as weekly food markets like in Altona every Sunday or the "Food Lovers Market" at the Überseequartier in the modern HafenCity. Each Sunday, the "Eatstreet Market" at the St Pauli Rindermarkthalle allows you to wind down at the end of a busy week, while the "St Pauli Night Market" is held every Wednesday from 4 p.m. to 10 p.m. and attracts locals and visitors with its great choice of food stalls. These two markets are definitely a must for any foodie. Hamburg’s street food markets are also becoming ever more popular as an after-work venue for business professionals. Taking place from 9 to 12 May 2019, the "Food Truck Festival" at the Reeperbahn offers plenty of culinary inspiration for any foodie.

Many restaurants in Hamburg follow the trend of using regional products and bet on the so-called Nordic Cuisine. With its choice of Scandinavian, Islandic and Baltic dishes, "Haco" is all about Northern European fare. Guests can enjoy fresh fish from the North and Baltic Seas and the North Atlantic, vegetables from the nearby Altes Land region and meat from local farmers in the environs of Hamburg. The drinks menu has a focus on regional products too, with beverages from (Northern) Germany and wine that is mainly sourced from European vineyards. And also the restaurant "Haebel", which owes its name to founder Fabio Haebel, serves sophisticated dishes with a strong focus on regional cuisine. Mussels, oysters and other fresh seafood delight the palate just as much as the hearty Cordon bleu. And don’t be intimidated by the fancy design: the atmosphere is really casual here – but see for yourself!

Thanks to Hamburg’s port and its long history in trade, Hamburg has been connected with destinations around the globe for centuries. And this is most notably reflected in the city’s rich and varied culinary landscape. You can check out one of the city’s many Latin American restaurants – such as "Mexico Strasse", an authentic Mexican taco restaurant in the heart of the St Pauli district. The "Maria Magdalena", yet another recent Peruvian restaurant in Hamburg, offers specialities from other South American countries too and is to be found in Ottensen.

Whether it is St Pauli, the Schanzenviertel or Altona, or whether it is beer, wine or cocktails: Hamburg’s drink scene is not only legendary but is also becoming ever more international – and award-winning too: most recently, "The Chug Club" on 13 Taubenstrasse received the Mixology Bar Award in the Best Bar of the Year category for its creative high-end mini cocktails. Arguably, owner Bettina Kupsa and her team offer some of the finest drinks in all of Hamburg. Just a short walk from here along the banks of the River Elbe, the 1960s are brought to life elegantly at the "Fitzgerald Bar & Club".

The Hanseatic City of Hamburg is becoming more and more renowned for its innovative craft beer scene. The recent growth of this market is also attributable to the work of Hamburg-born Oliver Wesseloh, the incumbent world champion of beer sommeliers and founder of the "Kreativbrauerei Kehrwieder". “Having a choice of pale ales, perhaps a Baltic Porter, and an Imperial Stout on the table – that is pure joy to me. It is the revitalisation of the beer culture,” says Oliver. Only two years ago, the choice of beer in Hamburg’s pubs and clubs was largely confined to appealing lager varieties from a limited number of national breweries. However, a lively craft beer scene has evolved in Hamburg in recent years. Today there are a number of local breweries that are pursuing Hamburg’s traditional art of brewing. Back in the Middle Ages, Hamburg was in fact considered the “brewery” of the Hanseatic League, and the worty flavour of the local beer was owing to the somewhat salty brackish water of the city’s canals. Hamburg’s brewing industry had reached its peak with more than 600 breweries around the year 1500, and Oliver and other brewing masters are now reviving this old north German tradition. These unique, tasty craft beers cannot be found in just any shop – which is fuelling the trend rather than slowing it down. In their quest for local quality products Hamburg’s connoisseurs are willing to go the extra mile.

Keeping up the spirit: gin, whisky and rum from Hamburg

“Saudade distilled in Hamburg” – this is the writing on Stephan Garbe’s white clay bottles that are filled with his homemade Gin Sul. Meanwhile, in the historic Speicherstadt, old Laphroaig barrels filled with Hamburg whisky are maturing for a good seven years. Marco Lehmitz, manufacturer of this Hamburg Malt Whisky, dreamed up his business idea while travelling around Scotland. Last but not least, Hamburg’s rum makers are also worth mentioning – such as Christoph Stapel with his recent Ahoi Rum. Made in St Pauli with a subtle hint of caramel and vanilla … could anyone ask for more?! 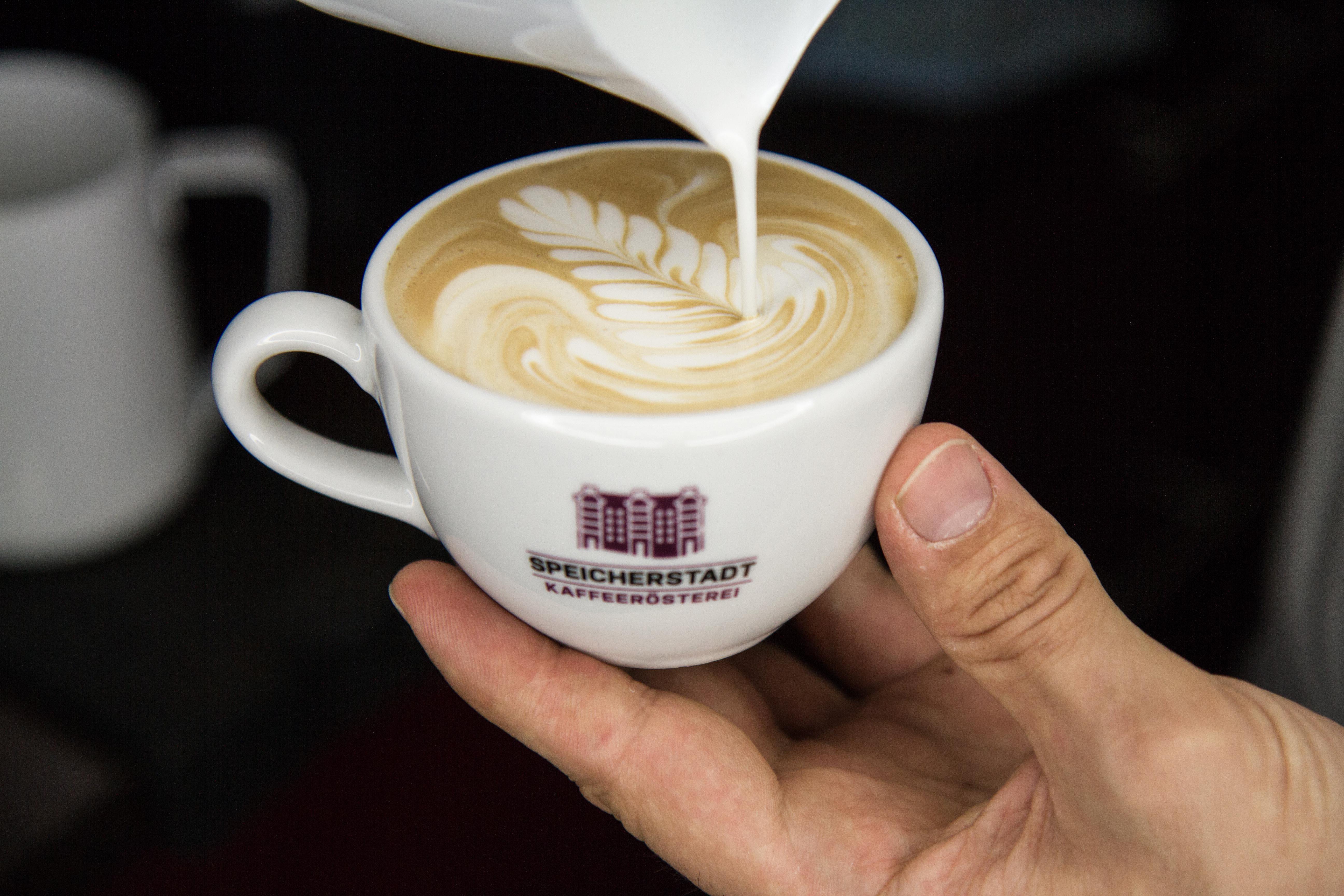 A Taste of Hamburg