Hamburg’s theatre landscape is varied and rich in contrast. In addition to Hamburg’s major state theatres like the Deutsches Schauspielhaus, the Thaliatheater and the Hamburgische Staatsoper which are known far beyond the city’s boundaries, there are more than 40 private theatres and off-theatres. An overview:

Built in 1900, the Deutsches Schauspielhaus corresponds in its appearance to the Neo-Baroque style. The recently completely renovated building awaits its guests with picturesque fresco ceiling, stucco, chandeliers and red plush furnishings. Over the past hundred years, the Deutsches Schauspielhaus has become one of Germany’s most important venues for theatre of the spoken word: renowned directors such as Gustaf Gründgens, Peter Zadek and Frank Baumbauer have worked here. In the 2013/2014 season, Karin Beier was added to the eminent list of directors. Ms Baier is the first female director in the history of the Schauspielhaus and was hugely successful with her productions at the Schauspiel Köln. In Hamburg, one of the all-time favourites under her directorship was the large-scale project “Die Rasenden”, a contemporary adaptation of the ancient Greek play “Oresteia”. Ms Beier translated these old tales of guilt, revenge and bloodshed during the Trojan War into the present day world.

Another important stage in Hamburg is the Thalia Theater, which is split into two venues. One is located between the Inner Alster Lake and Mönckebergstrasse and the other one in the Gaußstrasse in the district of Altona. Artistic director Joachim Lux, who took over in 2009, stages critical, contemporary pieces that are highly acclaimed among German critics and have received numerous Awards. The Thalia Theater ensemble is regularly invited to perform in venues around the world. During the Lessing Days festival, which is held each year in late February, the Thalia Theater in return welcomes guests from around the world. Following the guiding principle of the great humanist Gotthold Ephraim Lessing, this cross-cultural theatre festival strives to unite diverse cultures.

Both the Schauspielhaus and the Thalia Theatre are open to popular culture and subculture. The Nachtasyl venue high up in the attic of the Thalia Theater serves as a stage for concerts and smaller theatre formats and is also a popular nightclub. Both houses provide a platform for the Hamburg-based comedy ensemble Studio Braun, which is widely known in all of Germany. The Thalia Theater is currently staging a version of the film “Fraktus”, which deals with the birth of techno music.

The Hamburg State Opera has a history of nearly 400 years. Founded in 1678 on the Gänsemarkt, it was the first public opera house in Germany. In 1827, it moved to its present location on Dammtorstrasse. The building was almost completely destroyed during World War II and was re-opened in 1955 with a new architectural design that has been fully retained to date. The building welcomes its guest with sublime, Hanseatic classiness and a festive atmosphere. Golden light illuminates the halls with their high ceilings, catching in the chandeliers and shimmering on the heavy red curtains. This is the realm of famous US-American conductor Kent Nagano. Around 380 musical theatre productions are staged here every season. The repertoire ranges from Baroque opera to contemporary works.

The opera programme is complemented by a ballet programme of international repute. The fact that Hamburg enjoys a worldwide reputation as a major city of dance is owing to ballet director and chief choreographer John Neumeier, who has been heading the Hamburg Ballet ensemble since 1973. This first-class ensemble stages both traditional pieces such as the fairy tale ballet “The Nutcracker” and new, convincing contemporary narrative formats. The Hamburg Ballet is also reputed for its choreographic versions of sacred music works such as the “Christmas Oratorio” by Johann Sebastian Bach.

The world meets at Kampnagel

The quiet, well-to-do district of Winterhude is home to arguably the city’s wildest theatre venue. Kampnagel is the biggest independent performance and production facility in Germany. The site of a former crane factory was converted into a multifunctional theatre building in 1984. The building complex has retained its industrial charm, with bare walls and cool, spacious halls. Just how inspiring this venue is can best be experienced during one of the events that continue to astound critics and audiences and open up new horizons. Performance artists from around the world travel to Hamburg to present their projects on the Kampnagel stages. The programme is challenging, not always appeasing, and often revolves around politically and socially controversial issues. Thus Kampnagel currently hosts its project “EcoFavela Lampedusa Nord”, a temporary room of action for refugees, which adds further impetus to the theatre experience at Kampnagel. Art aims to initiate discourse, and anything that is seen at Kampnagel will be constructively discussed. Sometimes you will hear more English than German on the Kampnagel premises. The world meets at Kampnagel, and from there it pervades into the open again. A visit to Kampnagel is always worthwhile, whether it is during one of its many festivals, such as the Nordwind Festival with exciting Scandinavian artists, or during the International Summer Festival in August.

On 8/8/88 at 8:08 pm the Schmidt-Theater in St. Pauli opened its gates . This lucky number is quite fitting for this private theatre: after all, it is located directly on Spielbudenplatz in the heart of Hamburg’s biggest entertainment district. Entertainment is taken very seriously here: only the most talented of artists are invited to perform on stage. The Schmidt Theater is also considered a stepping stone for up-and-coming artists. Entertainers such as Helge Schneider started their career here.

An all-time favourite of this colourful plush theatre is the St Pauli musical “Heisse Ecke”, which gives a humorous insight into Hamburg’s urban culture. For guests to the city, it is a great starting point for a pub crawl through the St Pauli district, where you will have ample opportunity to compare the action on stage with reality.

The Hamburger Kammerspiele founded by Ida Ehre are as much of a typical Hamburg Institution as the Ohnsorg-Theater, which finds ist audience with Low German Theatre for decades and has moved to the Heidi-Kabel-Platz, directly at the main Station in 2011. 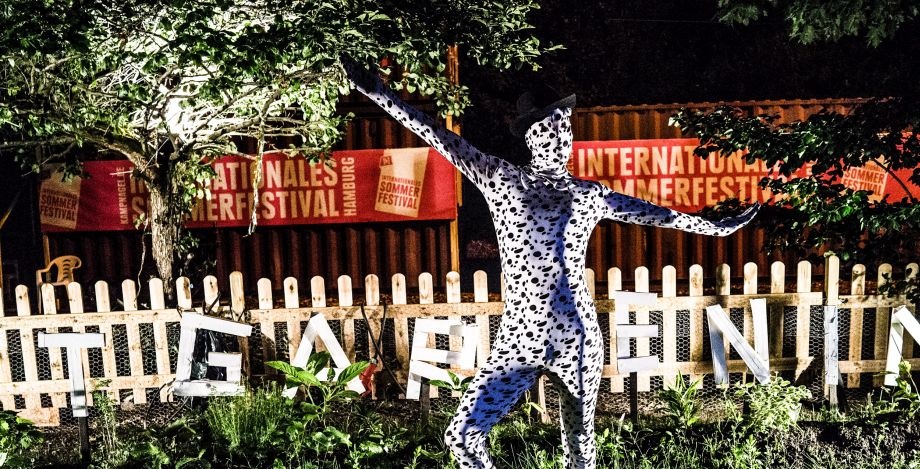